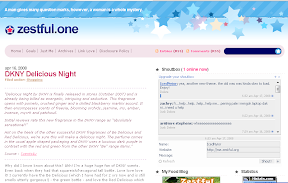 As much as I loved the old Gossip City theme by Elena G. of DesignDisease.Com, it was time to look for a new theme because I found that the previous theme was rather slow to load. Probably because it had a lot of graphics. So I deleted lots of unused plugins and also installed wp-cache.

Which was just in time because on the very next day, one of my blog post was linked in an article by TheStarOnline and bombarded with so many hits. In fact, until today I’m still getting hits from that the star. 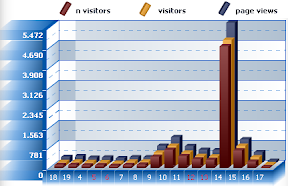 As you can see from the picture above. I usually get an average of 60-100 visitors a day depending on what I write about and if I ping PPS or visit lots of blogs. I had about 1k hits on the 10th because that was the post about Sufiah Yusof Video interview. Then on the 14th, I had a whopping 5000 plus hits.

Its funny because seriously I just wrote the post because I was sad I couldn’t make it and found the videos and reactions of people who were clueless about the KL Freeze very funny so I decided to share it. Even the word ‘pavilion’ in the URL is mistyped because I was sleepy when I wrote it.

I guess its back to normal visitors as of now. I hope that some of the visitors who came that day found my blog interesting and hopefully will come back again.

Back to the orginal paragraph about my blog being slow, I decided to change my theme to a lighter one with less graphics. Hopefully this time its faster yea? :D

p/s: Im going to a pre-screening of the movie The Forbidden Kingdom at 10am in the morning so more on that later! Tak jadi. long story